20 Photographs that will make you want to visit Sikkim

Small, but beautiful – that is what is Sikkim is all about. If you have been wondering why should you visit Sikkim, here are some wonderful pictures that might trigger your wanderlust. We are sure that after seeing these photographs you will definitely want to visit surreal and scenic Sikkim. And if you are wondering about things to do in Sikkim, these photographs might just help you to decode Sikkim tourism.

Sikkim was once a Buddhist kingdom before becoming a part of India in 1975. It was cocooned for centuries by the protective mountains. They had fiercely held on to their faith and had developed a unique lifestyle untouched by external influence. Even as now when Sikkim has opened up, their faith, folklore, cuisine and culture is centred around their ancient tradition. You will find a number of ancient monasteries in Sikkim. 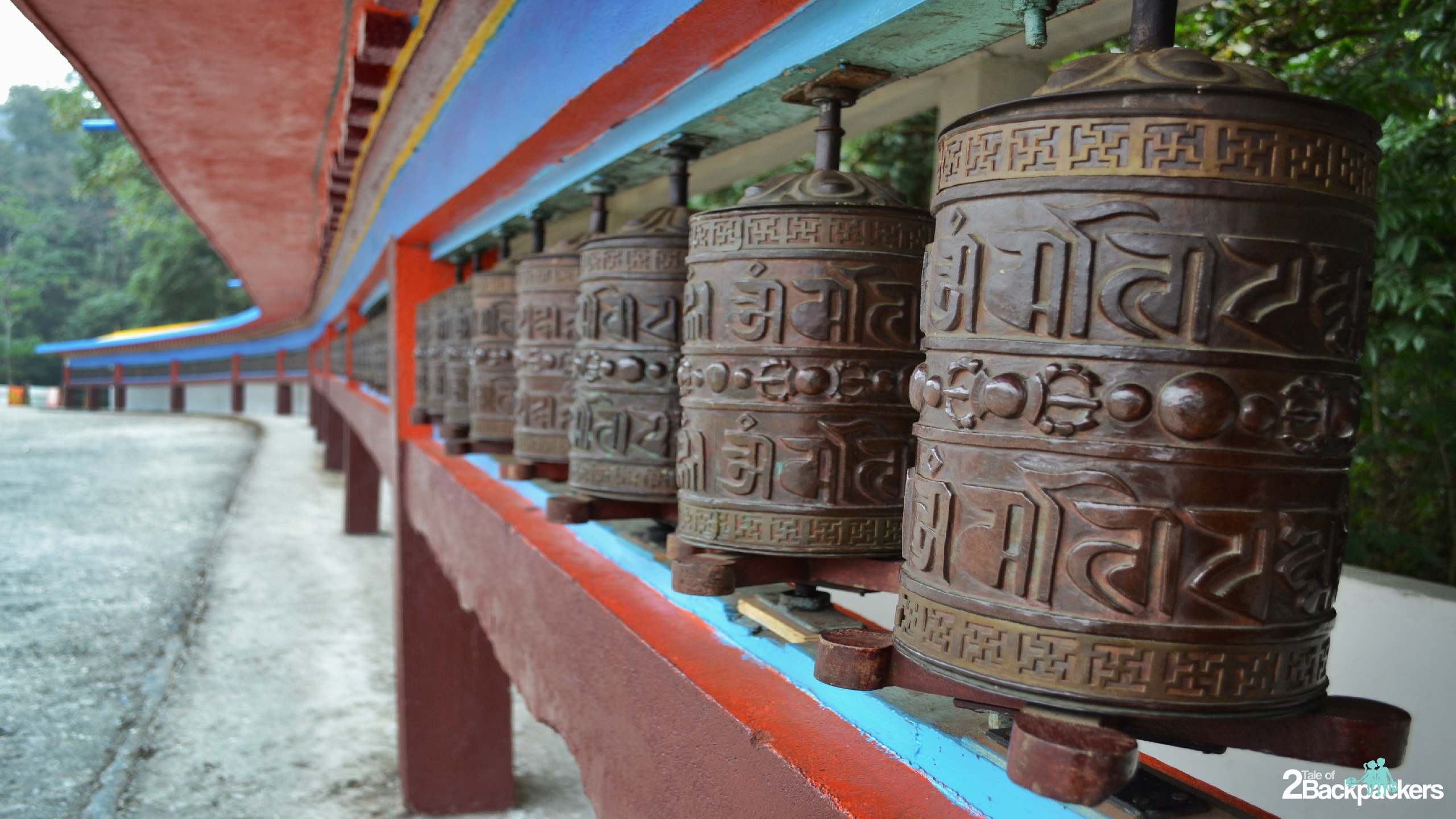 The Lingdum or Ranka Monastery – a pride of Gangtok. Situated about 20 km from Gangtok, this is said to be the most beautiful monastery in Sikkim. Just look at the surroundings – with forests and mountains all around this exquisitely beautiful monastery, there is calm and peace all around. While you are here, do visit the Ban Jhakri waterfall and energy park as well.

And this is the Rumtek Monastery in Gangtok.

Road blocks and landslides are common in Sikkim. So you will see these stuff on the road often trying to make life a little easier on the hills.

The second highest lake in India – the Gurudongmar Lake is in Sikkim. Situated at an altitude of 17100 ft, this lake is revered by both Buddhists and Hindus. Do read about our trip to Gurudongmar Lake.

Did you know Sikkim is also known as the kingdom of flowers? There are almost 7000 varieties of wild flowers, rare trees and shrubs found in Sikkim and this also includes 700 species of rare orchids and rhododendrons. No wonder Sikkim Tourism hold Flower Festival at Gangtok, Ravangla and various places. This photograph of the orchid was taken at Dzongu in North Sikkim.

Mountains, snow, a quaint hut – there is everything here. This is Yumthang Valley in North Sikkim. The Valley is also called the Valley of Flowers. During the season, all these snow is replaced by a carpet of colourful flowers. And while you are looking at these pictures from the Valley read about our experiences in Yumthang Valley.

And if you are looking for adventure, do try paragliding at Gangtok or River rafting at the Teesta and Rangeet River. And of course, there are numerous treks that you can do in Sikkim.

How would you like to travel on such roads? This is the road towards Gurudongmar Lake.

You cannot get enough of the mountains. But even then if you need a change, visit the Barsey (Varsey) Rhododendron Sanctuary in West Sikkim. I am sure you will love to walk over a carpet of rhododendrons. You will get rhododendrons only in the month of April.

If you are in Sikkim, you cannot really miss Pelling. Here you will get Kangchendzonga quite close and personal. I say personal because, from almost every hotel in Upper Pelling, you get a view of the mighty ranges.

The erstwhile capital of the kingdom of Sikkim, Rabdentse is now in ruins. Just opposite the Pemayangtse Monastery, the ruins bear the testimony to a glorious past.

You can always find peace in Sikkim.

Did you like the post? And the photographs? Please do let us know. If you need to know anything about Sikkim, give a read to our Sikkim Guide. Or simply contact us for any queries.

“You must come back to see the Kagyed Dance before Losoong, the Sikkimese New Year” – said the aged monk from Rabong Monastery. And it was then we decided that we would be back at Sikkim again during December. “Again in December? Were you guys not here in August for...

Pang Lhabsol and the tale of the Blood Brotherhood

“It is the celebration of togetherness and a time for reverence. We invoke our guardian deities and thank them for protecting us throughout the year”, said the monk who all the time had a serene smile on his face while I asked him lots of questions about Pang Lhabsol,...

Mountains and monsoon make a lethal combination. With the clouds rolling on the mountain tops and a dreamy atmosphere all around, monsoons create a magical canvas in the mountains. Don’t you think so? To experience this magic, we travelled to West Sikkim on an...

Seeking the thrill of Paragliding in Gangtok, Sikkim

I was literally dying to do paragliding. After checking off scuba diving, river rafting, parasailing from the ‘things to do before I die’ list, the next one was paragliding. We had missed the Bungee jumping at Rishikesh because of bad weather, so I was quite adamant...