About this Blog: I had attended the Wangala Festival by chance. But it was definitely one of my best memories in Meghalaya. This blog contains all details about 100 Drums Wangala Festival celebrated in Tura in the Garo Hills of Meghalaya, how to reach, where to stay and other details.

I was a bit disappointed when the cherry blossoms turned out to be no show at Shillong during the Cherry Blossoms Festival. But amidst all these, another festival caught my eyes. Rather, its name caught my fancy. It was the 100 Drums Wangala Festival celebrated in the Garo Hills. There was a two-line description saying that it was a local festival where 100 drums are played together. And I decided that I would visit Tura to find out about the 100 Drums Wangala Festival.

Converting my thoughts to action, I started researching about the Wangala Festival. I found very little about the festival online until I found Alva, a resident of Tura who helped me about this whole affair.

What is the Wangala Festival?

The Wangala is the most important post-harvest festival of the Garos. Northeastern India is blessed with many ethnic groups each having their unique culture, customs, languages and dress. Not only the region is bestowed with diverse natural beauty, the people too are as culturally diverse as possible. Agriculture is the main source of income in these states and so most of the festivals here are celebrated around the harvest season. Wangala too is a post-harvest festival of thanksgiving celebrated in the Garo Hills of Western Meghalaya.

The Garos of Meghalaya has been celebrating Wangala from time immemorial.  The simple Garo people pay their gratitude and reverence to Misi Saljong or ‘Pattigipa Ra’rongipa’ (The Great Giver) for having blessed the human beings with a rich harvest for the season. A day ahead of the Wangala, the village Chief known locally as the “Nokma” performs a ritual called “Rugala”.

The ritual is similar to offering the first and best of produce to the Almighty. At Rugala, an offering of the first-hand special rice beer, cooked rice and vegetables are offered to the Giver, Misi Saljong. On the next day, the Nokma performs Sasat Sowa ceremony (marked by burning of incense) at the central pillar of his house to mark the beginning of the Wangala Festival.

Wangala is performed annually in almost all the non-Christian villages of the Garo Hills not only in Meghalaya but also in places where the Garos have migrated like Assam and Bangladesh. The time and date of the celebration, however, vary from village to village. But with modern days, the traditional celebration and festival was fast waning.

Wangala that was considered to be the cultural identity of the Garos was fast disappearing. In order to protect, preserve and promote the culture and festival. A group of Garo intellectuals decided to organize the “Wangala Festival” every year. A group of 30 dancers with 10 drums would form a group and 10 such groups will be there. Thus a total of 100 drummers and 300 dancers make up what is now known as the “100 Drums Wangala Festival”.

The first 100 Drums Wangala Festival was organized in the winter of 1976 at Assanang, the headquarters of Rongram Development Block. Since then, there was no looking back. Every year the festival is celebrated for 3 days during the month of November and has grown over the years under the patronage of the Meghalaya Government.

This year, I happened to visit the 40th “100 Drums Wangala Festival”. The Wangala Festival is the celebration of the culture of the Garos. People from different Garo village come together to celebrate their cultural uniqueness. There are various cultural competitions, industrial exhibitions, martial arts and mainly dances by various groups. Infact, Wangala is one such festival where dance plays a major part. The whole celebration takes place for 3 days at the Assanang ground. And on the final day, 100 drums beat and the 300 dancers dance to the beat of the 100 drums producing a spectacle to watch.

My experience at the Wangala Festival:

I was not actually prepared for what I would see. This year, the 100 Drums Wangala Festival was celebrated for 4 days instead of the usual 3 days from 8 to 11th November, 2017. For this year also marked 150 years of Tura. This year is special. The Garos dressed in their traditional attires performed traditional music and dances. I also watched intently the Sasat Sowa ceremony on the morning of the final day. The Chief offered rice beer and food to the God and others followed suit.

It was followed by the arrival of the Chief Guest, the Tourism Minister of Meghalaya. After the address by the Chief Guest, there was a dance competition by five different groups. As much as I was engrossed in the dance performances, I also took some photographs of the spectacle that was going on before me.

And finally, in the afternoon, it was time for the final act – the 100 drums dance. The chiefs of the 10 groups first came forward and then the drummers arrived followed by the dancers. The Chiefs started a chant that was soon followed by the beating of drums. The drums beat in unison reverberating the whole field. The dancers too started their dance soon. And I stood there gaping at whatever that was happening in front of me.

The rhythmic beat of the drums soon caught in a frenzy and at the end, everyone was dancing with the troupes. I was clearly overwhelmed at the extravagant display. We had previously watched a Gomira performance at Kushmandi, but Wangala was on a much larger scale.

Hopefully, by now, you must have understood that I am completely smitten by the Wangala. I thanked myself for deciding to come at Tura after a harrowing journey from Shillong.

Where is the Wangala Festival celebrated?

The 100 Drums Wangala Festival is organized at Assanang, 18 km from Tura. Tura is the cultural and administrative centre of the Garo tribes as well as the headquarters of the West Garo Hills.

Now that the Wangala Festival is gaining popularity; the Meghalaya Government wanted the organisers to get a land to build a stadium where the festival could be organized every year. The Wangala organisers had got hold of a 60 bigha land nearby and this was announced at this year’s festival.  A stadium will be built there for the Wangala performances.

How to reach Tura?

Places to stay at Tura:

There are a couple of hotels at Tura. I stayed at Bliss Homestay run by Alva, whom I mentioned in the beginning. She is indeed a gem and I was lucky to bump into her. I just did not have to think about anything while I was at Tura. She took care of everything. Her homestay is also a lovely one and so is her mother. Aunty even gave me a bag of sticky rice when I was coming back with the promise that I would again visit Tura.

Since winter is the main season of harvest in the Garo Hills, the Wangala Festival is usually organized in the second week of November.

Places to see at Tura:

Tura, itself is a beautiful place. Although I did not have the time to visit and roam around Tura, you can visit the following places at Tura:

Tura is also the home of the Hoolock Gibbons. So while you are visiting Tura, take some time to go around the place.

The best time to visit Tura is April and May. But if you want to witness the 100 Drums Wangala Festival, then you should be here in November.

Did you like the post? Please share your thoughts by commenting below. And if you know about any such unique cultural festival, please do let us know.

Chalamthang Homestay – A Piece of Heaven in Offbeat Sikkim

Sikkim is a beautiful state. Every time we visit this small state, we keep falling in love with its picturesque landscape, grand views of Kanchenjunga and smiling faces. Just like Darjeeling, Sikkim is one of our ‘go to’ places. A long weekend often leads us to visit... 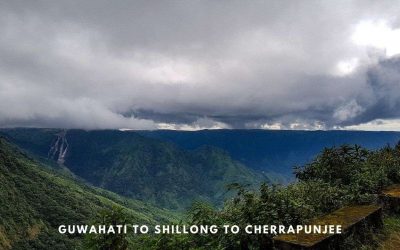 A Quick Guide from Guwahati to Shillong to Cherrapunjee

Hornbill Festival, Nagaland – A Comprehensive Guide on What, When & How

Some say it is the most colourful extravaganza in Northeast India, while it also fondly called as the Festival of Festivals. Yes, we are talking of the Hornbill Festival in Nagaland, which is also perhaps the best introduction to the traditional and cultural montage... 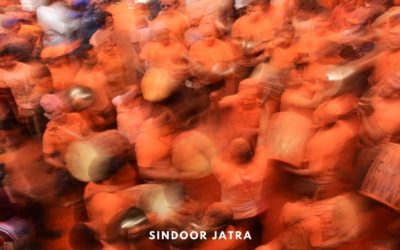 Sindoor Jatra – A Frenzy of Colours at Thimi, Nepal

Sindoor Jatra is one of the most visually stunning festivals that we had attended. Celebrated in Thimi area near Bhaktapur in Nepal, Sindoor Jatra is a celebration of colours and culture. Read this blog to know more about this festival of Nepal and our experience...