I stood stunned as I looked at the complex yet magnificent terracotta designs in front of me. I did not know Murshidabad has such beautiful terracotta temples. I had not seen such beautiful terracotta works of the last battle between Rama and Ravana. The temple complex itself was something that I had not seen before. While the other backpacker was busy with his camera, I simply kept on gazing at the wonderful pieces of art in front of me. I guess, the best of the day was kept for the end – the stunning Char Bangla Temple of Baranagar, Murshidabad testified that.

The Char Bangla Temple at Baranagar in Azimganj is an exquisite example of Bengal Temple architecture. The temples were built under the patronage of Rani Bhabani of Natore (now in Bangladesh) during the 18th century. There is an array of Hindu Temples within a span of few kilometres in Baranagar all built during the time of Rani Bhabani. And these temples carry excellent examples of terracotta work. Although the Temple clusters at Baranagar is quite famous in Tripadvisor and among the foreign visitors, these places are not much known among the locals.

Who was Rani Bhabani, the patron of Char Bangla Temple at Baranagar, Murshidabad?

Rani Bhabani is best remembered as the ‘Zamindar of Natore’. Natore was a thriving estate in Bengal so much so that it was called as the ‘estate of 52 lakhs’. Rani Bhabani was married to Raja Ramkanta, the Zamindar of Natore. Ramkanta was a short-sighted and inefficient ruler and the estate suffered losses under him. After his death in 1748, Rani Bhabani took over the reigns of Zamindari. She proved to be an astute ruler with an amazing mix of character and acute business sense. With the help of her Dewan Dayaram, she managed the estate well, earned large revenues and also maintained good relations with the British East India Company.

Rani Bhabani was a lady of austere nature. She donated a huge sum of money to philanthropic activities. She was also a celebrated patron in Benares (now Varanasi). She had built 380 asylums in Benares, guest houses and temples. She encouraged Hindu learning and bestowed large endowment for the spread of education. She had also erected a number of temples in Murshidabad and Natore. Infact, it is said that she had wanted to build another Benares in Bengal. From 1755, she started building many temples by the side of Bhagirathi River at Baranagar. Many of these do not remain now, but a few stand today to testify the golden period of Bengal. Baranagar was the abode of the Rani. It was a big trading point at the time of her reign and she always wanted to enrich Bara Nagar economically, socially and culturally.

The Temple Clusters at Baranagar, Murshidabad

A few of the temples in Baranagar are in better conditions. The Ek Bangla Panchanan Shiva Temple, the Char Bangla temple, the Bhabaniswar Temple, the Jor Bangla Gangeswar Temple and the Raj Rajeswari Temple are the temples that have stood the ravages of time.

The Char Bangla Temple is the most interesting one. It is a cluster of four temples on raised platforms forming an inner courtyard. ‘Char Bangla’ indicate the number of structures that were built in the form of a typical Bengal village. Char (four in Bengali) means there are four houses.Each one is built on a 1.5 feet high foundation and is dochala (2 roofed) hut shaped. Each temple has three doors and three Shiva Lingas inside. The Northern and the Western temple are most exquisitely decorated with terracotta. The eastern temple is decorated with lime and mortar reliefs. Three temples except the northern one have a common platform while the northern temple is built on a separate platform behind another old building which perhaps served as the kachari bari or administrative wing of Rani Bhabani.

The terracotta works as well as the lime and mortar reliefs are simply stunning. Though terracotta originated from Bankura district of Bengal, we felt that the works of the temple clusters in Baranagar is one of the best. The terracotta motifs depict scenes from mythological texts like Ramayana and Mahabharata as well as various Hindu motifs and incidents from day-to-day life. The Northern Temple has a beautiful figure of Lord Shiva seated on a raised platform with his disciple Nandi and Bhringi, one preparing hookah while the other making Bhaang.

The final battle of Rama and Ravana appears on one of the wall-reliefs. There are various episodes of the life of Lord Krishna as well beautifully depicted on terracotta.The portrayal of Goddess Kali slaying demons is also one of the best. The lime and mortar wall-reliefs in the left-hand temple of this complex present a large ‘Kurukshetra’ scene above one of the arches. The lines of the figures on this temple are so unique and beautiful that even a common Radha-Krishna scene looks interesting and very different from those in terracotta wall-reliefs.

The Char Bangla Temple is no doubt an excellent example of Bengal temple architecture. As we moved further, we stopped by the Bhabaniswar Temple. The temple is the tallest lime and mortar temple at Baranagar. It was built in 1755 AD by Tarasundari, the daughter of Rani Bhabani. The speciality of the temple is that it is octagonal in shape and its roof looks like an inverted lotus.It has a corridor around the inner sanctum and is decorated with large floral motifs.

Another interesting piece of temple architecture at Baranagar is the Gangeswar Jor Bangla Temple built in the 18th century by Rani Bhabani. Perhaps this is the finest specimen of terracotta work exhibiting Bengal’s unique style of surface terracotta art. The pillars and walls between the arches are profusely decorated with animals and human forms. The space above the arches in this temple has no scenes from mythology. There is only depiction of horses and other designs. This is totally in contrast to the Char Bangla Temple. But the pillars have details of Krishna Leela and scenes from Ramayana.

How to reach Baranagar, Murshidabad:

The nearest Railway Station is Azimganj. There are direct trains from Howrah and Sealdah to Azimganj. From there hire a cycle-van.

If you are coming from Jiaganj, come to the Sadar Ghat and cross the Bhagirathi River. Then take a cycle van to reach Baranagar. You can infact extend your Murshidabad visit and come to Baranagar via Jiaganj.

Standard hotels with AC and non-AC rooms are available in Azimganj and Jiaganj. Food is also available and reasonably priced.

Take a weekend and visit Baranagar to see these wonderful work of art and architecture before they fall prey to time. As it is, the Char Bangla Temple is already facing the wrath of the Bhagirathi River during the monsoon time while the administration not paying much attention.

Here are a few more pictures that show the beautiful terracotta works on the Char Bangla Temple and the Gangeswar Jor Bangla Temple.

We are Agni and Amrita, the story-telling team behind Tale of 2 Backpackers and partners in crime in travel and (mis)adventures of life. We have been travelling together for more than a decade looking for immersive experiences while enjoying the little beauties of life.

About this Blog: Kolkata, our city has its own share of secrets and surprises. Little did we know that a small part of Kolkata becomes as vibrant as Vrindavan during Holi. We found out about the Rolls Royce Holi celebration in Kolkata and decided to see what it was...

Bidyang – An Offbeat Place to visit in North Bengal

About this blog: There are times when we all need to get away from our daily life to find recluse in nature. Bidyang, a small hamlet in North Bengal is such a place where you can spend a couple of days in peace and happiness. In this blog, we talk about our experience...

Chausath Yogini Temple Morena – Looking for the Esoteric in Mitawali

We have always been fascinated by esoteric aspects of religion, drawn to the mysticism of cultures and rituals. So it was not a surprise when I wanted to visit the Chausath Yogini Temple Morena during our trip to Madhya Pradesh. Also known as the Ekattarso Mahadeva...

About this blog: This blog is about the experience of our visit to Singtom Tea Estate and Resort near Darjeeling. This is a complete guide about the place, how to reach Singtom, what you can do there and about this wonderful fairyland perched in the hills of...

A creative couple, explorer and the team behind Tale of 2 Backpackers.

Find more about us. 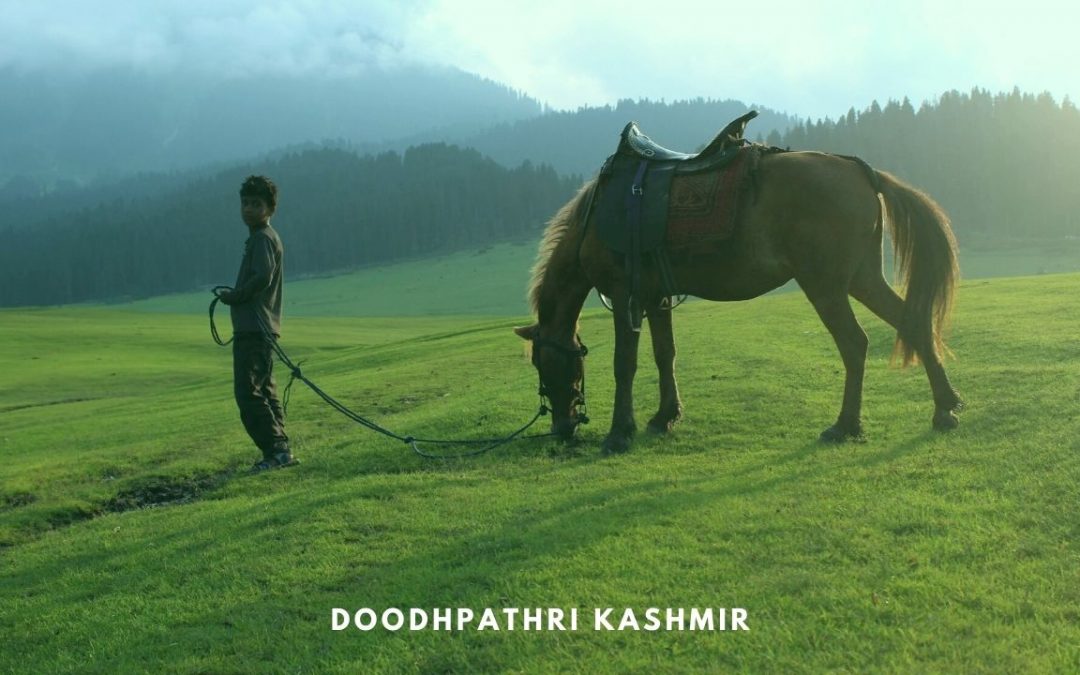 DOODHPATHRI, Trip to the Valley of Milk in Kashmir

About his blog: Doodhpathri is quintessential Kashmir. A gorgeous green meadow surrounded by pine trees and views of lofty snow capped mountains, Doodhpathri is an unmatched tourist destination in Kashmir. In this blog, we will share our experience in Doodhpathri, how...

About this blog: Naranag is mainly known for the ancient Shiva Temple complex and the basecamp of a number of treks in Kashmir. Our experience at Naranag, another offbeat place in Kashmir was much more. Not only did we experience the pristine beauty of the valley, but...

About this blog: What can I say about Yusmarg? This is a place where you need to visit to understand its beauty. This incredibly beautiful and offbeat place in Kashmir is not always on the list of tourist itinerary. However, while planning our Kashmir trip, I knew I...

It would not be a lie when I say that I fell in love with Koh Mak Island the moment I landed there. After our visit to Bangkok and Phuket, Koh Mak was quite a welcome change. To be honest, we had no plans of visiting Koh Mak before. It was an impromptu decision on our...

About the blog: Kashmir is undoubtedly a paradise. In our recent trip to Kashmir, we not only travelled to the common tourist places, but also explored a number of offbeat places. In this blog, we will give you a glimpse of an unexplored gem in Kashmir - the Lolab...

Travel Blog SEO for 2021 – Tips on How to Increase Your Traffic?

If you have found this page, then in all probability you already have a travel blog and now looking forward towards growing your blog. The most important aspect of growing your website and attracting traffic is Search Engine Optimization or SEO. Whether you are a...

How to Start a Travel Blog in 2021? Things We Wish We Had Known

We love travelling and we have been doing it for more than a decade. Earlier the travel stories used to find a place in the pages of my diary. But honestly, starting a travel blog was one of the best decisions we had made almost 6 years back. Travel blogging has...

Unusual & Creative Travel Words that you must know in 2019

About this blog: This contains 38 unique and creative travel words that you can use in your travel vocabulary. Use them in your travel captions or use them for naming your blog.  Oh, yes! We love to travel. And we love to get amazed at new experiences. We love to look...

Get inspired! Receive fresh, free and honest thoughts about travel and life.

Want to add travel to your life? Join our newsletter for travel tips and guides, interesting and untold travel stories. We also promise to send you advices to travel smarter and better gained after 14+ years of travelling.

How to start a travel blog

Add Tale of 2 Backpackers to your Homescreen!